I’m at a campsite along the Isabella River.

Last night the wind did die down. I also made a fire, the first time in a long time. I started the fire at about dark and I kept it going until about 9 pm.

It was cool enough last night to enjoy having the fire. I also took a few photos of it. There was at least one other group having a fire on Isabella Lake last night as I could see the glow off to the east.

Last night I put on my thin polypro gloves in addition to my hat when I went to bed. Sometime during the night, maybe around 3 to 4 am, I was cold. I broke out my fleece jacket and long pants. I put the fleece pants on and just threw the jacket over my head. I didn’t bring my winter bag that I used last night as a blanket.

My heavier wool socks weren’t in the stuff sack with my fleece so I just put on my thin wool socks. Everything was now warm except my feet, they were still cold. I know I should have just taken the time to find the heavier wool socks, but no!

Well, I opened my eyes and it was day light out. I looked at my watch and I believe it said it was 0709 am. I jumped out of the sleeping bag and went outside.

The sun was already over the tree tops, but I still got some photos of the steam coming off the water. The lake was perfectly calm and I began to feel the warmth of the sun. I continued to take photos for the next half hour. There was frost on the bottom of my canoe that I was able to get some photos of as well. 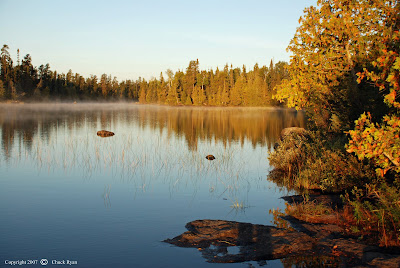 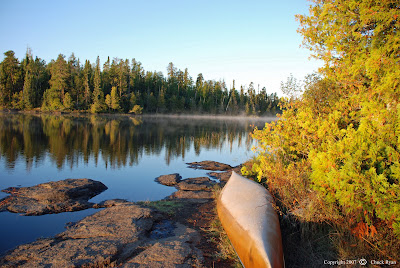 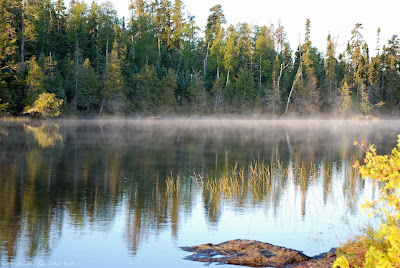 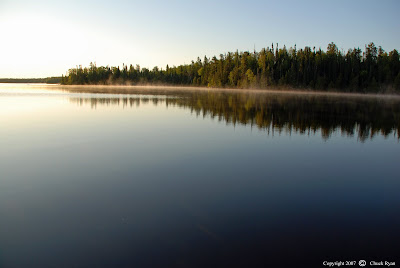 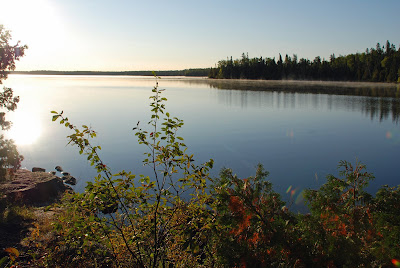 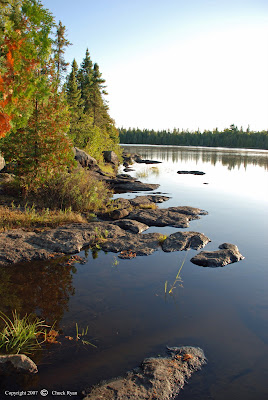 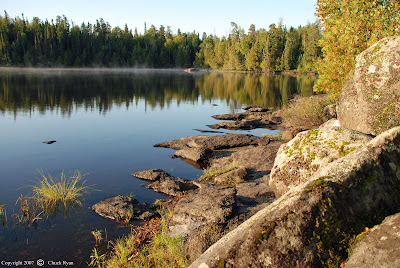 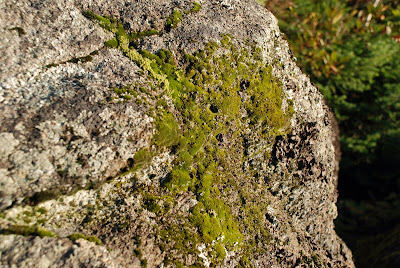 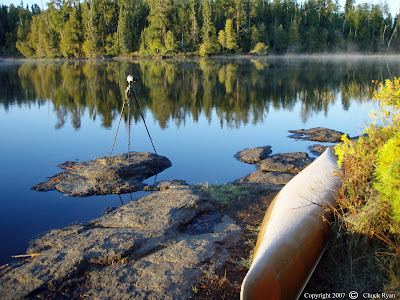 While I made breakfast I began breaking down my camp although I was taking my time.I didn’t have any long distance to travel today. 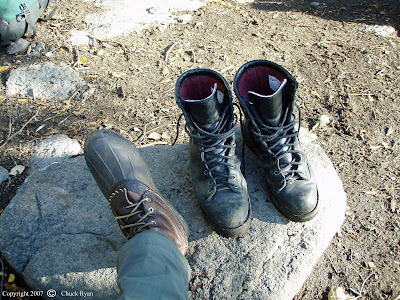 I was paddling to my first portage of the day that was less than 5 minutes away at 0955 am. I continued to take some more photos of this area even though I took several photos when I walked over here on Thursday. 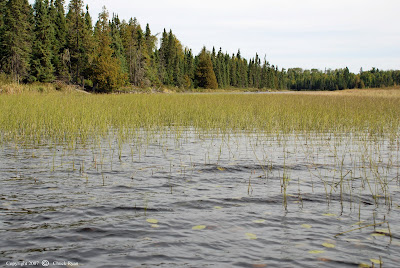 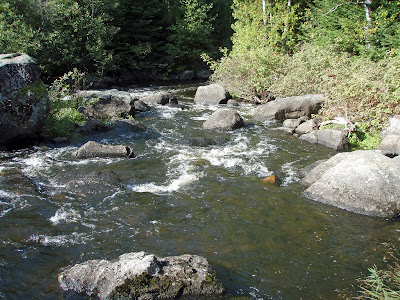 On Thursday and today, Saturday, I walked some more of the Pow Wow Hiking Trail. I remember walking this section of the trail in the early 1980’s and it was very open, but now the alder and other brush have encroached upon the trail. 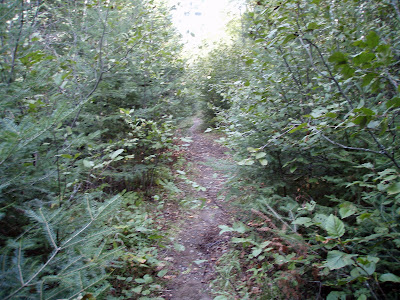 All the portages today were easy. Most of them were fairly flat. There were a couple steep inclines, but the footing was good. I took my time going down the river today. I believe I took some photos at each portage. 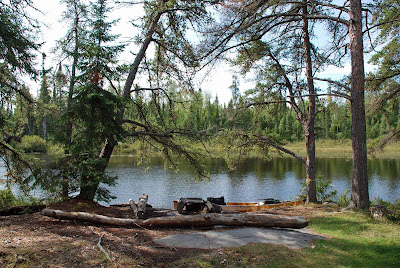 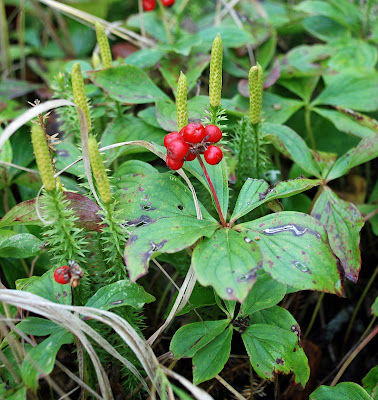 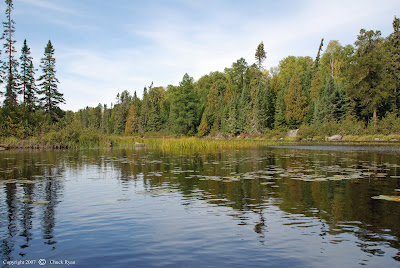 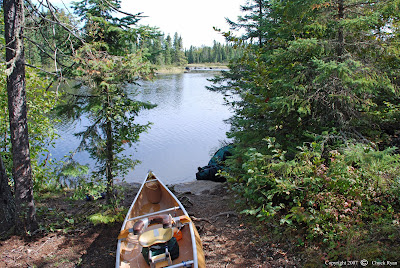 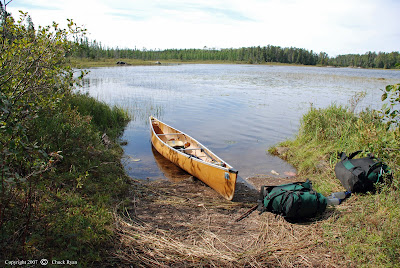 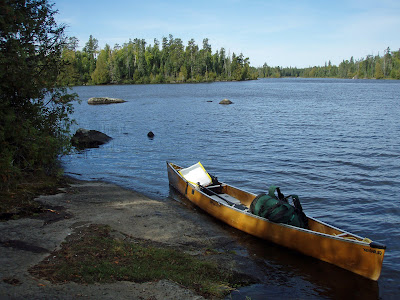 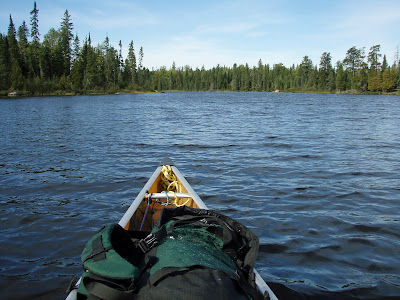 Lunch was at a campsite where the Island River comes out into the Isabella River, I stopped to check the condition of the campsite and since it was so 1145 am I decided to break out the food. 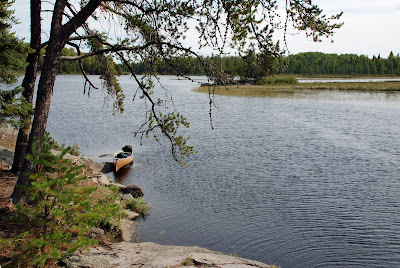 While I was sitting back on the rock at the campsite after about a half hour I saw some people upstream at the last portage. They were coming my way so I hurried up and put my food back in the pack and headed down to the next 130 rod portage. 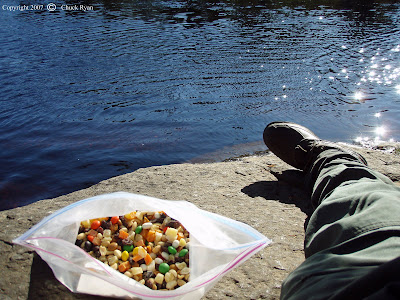 My plans were to camp on Quadga Lake. Since I let the family of five take the campsite on Boga Lake yesterday, I sure didn’t want to compete with anyone going into Quadga Lake today.

While I’m writing this at 0808 pm the beavers are out working on the river.

When I got to the 130 rod portage I took my large pack, water bottles and camera case across the trail. This was an easy portage. There was a short board walk that was in good shape with one section of it being a bridge. 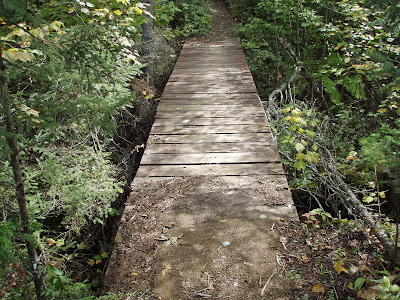 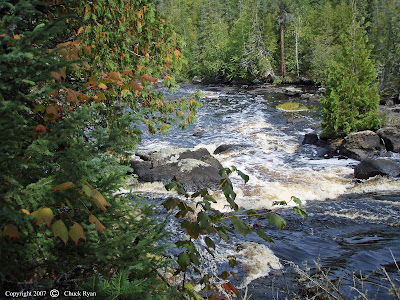 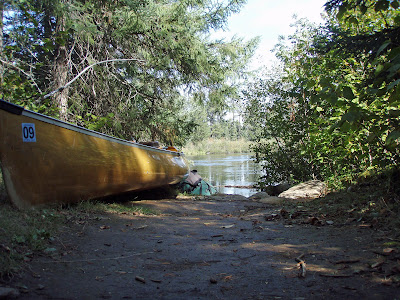 The time now is 0823 pm. I stopped writing in my journal to view the sky and listen to the sounds- the beavers are still working. It’s a clear night, but right now it’s not as cold as last night, although it could get colder.

I’m in the tent now. I put on my fleece over my long underwear. I’m going to start with them on. I hope I’m not going to be too warm at the start.

Now back to the 130 rod portage. I started walking back across the portage when I came across two children, another smaller child, a mom and finally a dad carrying their canoe. When I asked the first boy how far they were going today, he said they were only doing a day trip.

I walked my canoe and pack back across the portage and this family were taking a break and were taking some family movies.

Andy and Pam said they were from Hudson, Wisconsin. They were just going down to Rice Lake today before turning around and heading back out. They have been up in the area since Thursday night and have been taking day trips. They told me they never have been on the Isabella River. I don’t recall them saying if they have been Isabella Lake or not.

I continued down the river where the map showed a portage, but there was no reason for it. Also there are three portages fairly close to the portage that goes to Quadga Lake and my map shows two. 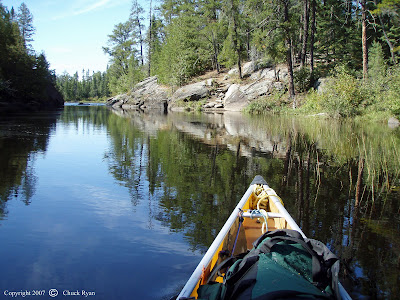 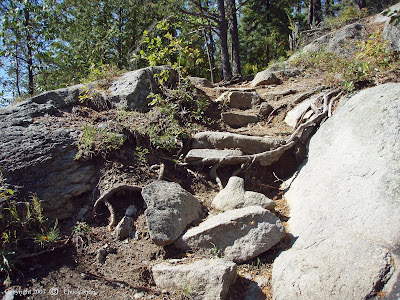 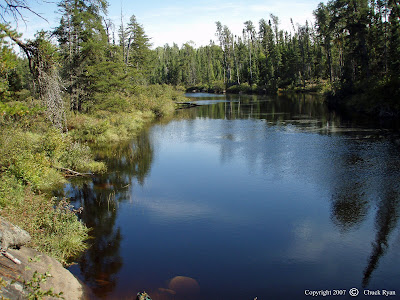 There are some huge White Pines in this area. I walked my first load across the portage to Quadga Lake. When I got to Quadga Lake I thought I could see a tent or something at the campsite where I planned to spend the night. I got out my binoculars for a look. Indeed, it was a tent and I then saw something red off the left of the tent. I’m not sure what the red thing was, but I wasn’t going any further.

This was the site I wanted to camp on so instead of checking out any others on the lake I hauled my stuff back to the beginning of the portage. There was a campsite that I passed a mile or so before this portage that I had checked out so I headed back to it.
I paddled back upstream to the campsite. I arrived at 0409 pm. It was still warm out so I took off my footwear and socks and allowed them to dry.

I rested some before making supper, then rested some more. When I had rested enough I went to the river and filtered some water then straightened up camp.

There wasn’t much of a sunset tonight. I only took a few photos before starting to write in my journal. 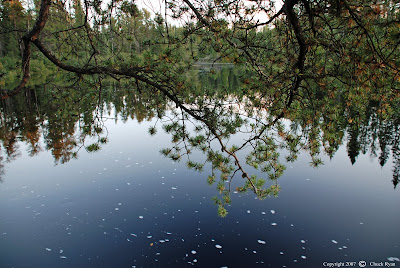 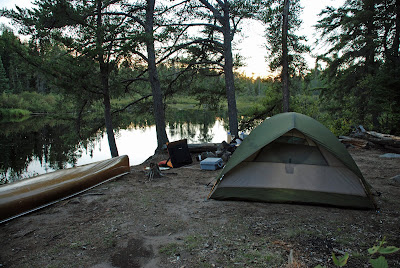 I’m still not sure of my plans for tomorrow. Possibly camping where I had lunch today on the Isabella River at the Island River, but it’s only 5 miles away. I would be getting to the campsite early in the day so I would be just sitting around the campsite for most of the day. Then Monday would be a real long day when I go see the pictographs on the Island River.

I’ll have to check my maps. It’s now 0845 pm. I have no more to say or at least I can’t think of anything right now…except, this area is more typical of the boreal forest, balsam fir, jack pine, black spruce and I know there are pockets of Tamarack.
Posted by CIIcanoe at 6:45 PM