Well, last night I listened to the generator for a couple hours and that was it. Since it didn’t get all that cold the generator wasn’t running all night.

Then at 0626 am I woke to the sound of another wolf howling. It sounded like it was right outside my tent it was that close. I immediately sat up and looked out the window of my tent. It was dark out and I couldn’t see anything. I’m surrounded by smaller red pine and jack pine so my vision was limited to only a few feet. I’ve never experience a wolf howling that close to me in my tent. I was fascinated, but it was also an eerie feeling at the same time. The wolf continued to howl for a minute or two, then stopped before starting back up again at 0629 am. It sound like I could reach out my tent and touch it.

Enough of that, I got up out of the tent even though it was still dark out. I began breakfast at first light. I tried taking some photos, but with all the humidity still in the air my camera lens immediately flogged up. 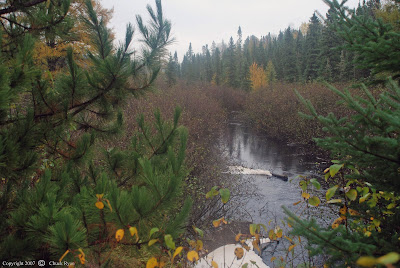 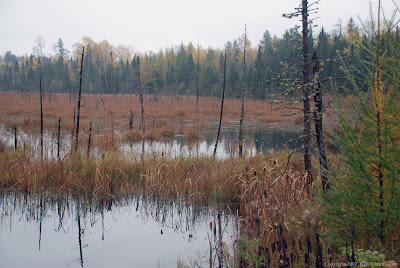 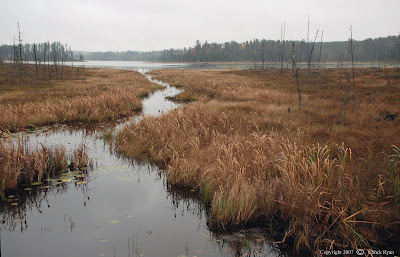 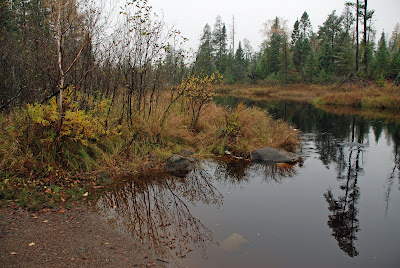 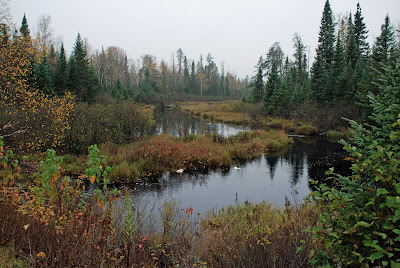 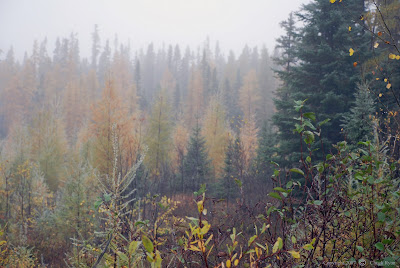 I left the parking lot at 0811 am. I began driving back to the where my bike was stashed in the woods at Hog Creek. After picking up my bike I decided to check out Sawbill Lake. I’ve began several canoe trips out of Kawishiwi Lake to the west of Sawbill Lake and Brule Lake to the east, but I’ve never paddled out of Sawbill Lake. I couldn’t believe all the vehicles in the parking lot. I couldn’t believe all the people walking around. I thought to myself if it’s this busy at this time a year there is no way I would ever paddle out of here in the summer. If you like crowds and don’t want to be alone this would be your place to paddle (other than Lake One).

I went inside Sawbill Outfitters to look inside, but immediately turned around and left. There was no reason to go any further inside since I didn’t need anything.

My next stop was the Tofte Ranger Station after driving down the Sawbill Trail. I recognized one of the girls who worked at Sawbill Outfitter's out for a run on the road. I recognized her from their website. I waved as I drove by. The Ranger Station was closed. I couldn’t believe how much water was flowing down the north shore rivers at this time of the season. Next I made my way back to the Wanless Road back to the town of Isabella, then I drove north on Highway One to Ely.

It’s still sad to see the old Highway One being straightened out in area. There has been road construction the last couple of years to straighten out and improve this once very scenic and interesting road.

The closer I got to Ely it really began to rain, again. There was standing water in the road it was raining so hard, so I needed to slow down to prevent my Suburban from hydroplaning.

Hey, now that I’m in Ely I needed to stop at the Dairy Queen. You guessed it; I had a double hamburger with mustard and fries. Then it was on to the coffee shop for two coffees and a slice strawberry and rhubarb pie. This sounds just like the way I ended last month’s trip.

Stopped in at Piragis and bought six books. Then I went over to the North American Bear Center where I paid my $8.50 admission to see the bears. The bears were out, so I took some photos. 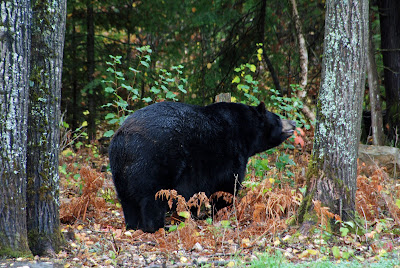 When I was done at the Bear Center I drove home.

The weather was warmer than I expected, but it was also wetter than I expected. The good news was the water levels of the rivers were way up. I've never seen this much water in these rivers this late in the season. 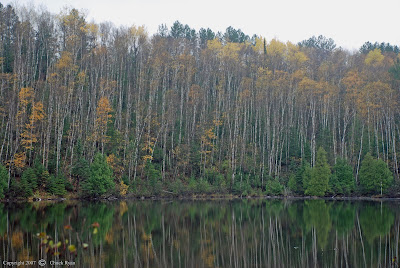